Call of Duty: Black Ops III is a first-person shooter video game, developed by Treyarch and published by Activision. It is the twelfth entry in the Call of Duty series and the sequel to the 2012 video game Call of Duty: Black Ops II. It was released on Microsoft Windows, PlayStation 4, and Xbox One on November 6, 2015. A feature-limited version developed by Beenox and Mercenary Technology that only supports multiplayer modes was released on PlayStation 3 and Xbox 360 and was also the final Call of Duty title released on those platforms. 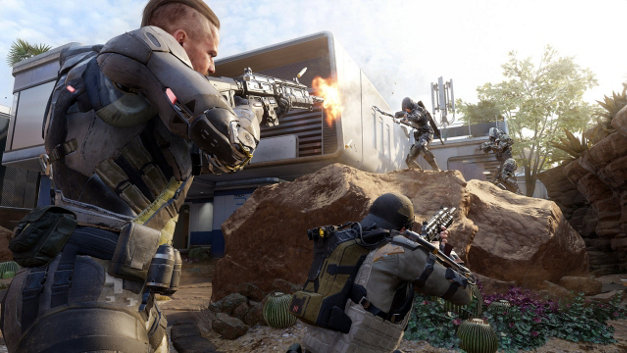